The Fletcher Family: A Life in Surf FOUR GENERATIONS OF THE FLETCHER FAMILY

Now on view at Gagosian in New York is the exhibition The Fletcher Family: A Lifetime in Surf, celebrating the soon-to-be published tome of the same title by Rizzoli. The legendary surf and skate dynasty that is the Fletcher family – Herbie and wife Dibi, their sons Christian and Nathan, and grandson Greyson – has been an institution in the action sport culture for decades, with an influence that extends beyond to the worlds of fashion, music, streetwear, and art.

Spanning fifty years of epic stories, photographs, personal ephemera and memorabilia, The Fletcher Family: A Lifetime in Surf is a visual memoir of this immensely colorful “first family” of surfing. Dibi narrates each chapter, accompanied by personal anecdotes about the family from notable contributors such as artist Julien Schnabel, photographer Bruce Weber, surfers Gerry Lopez and Kelly Slater, and the son of one of Vans founders, Steve Van Doren. In addition to selected imagery featured in the book, Gagosian has installed artworks by Herbie Fletcher called Wrecktangles. These large sculptures have been made from the surfboards ridden — and broken — by the greatest contemporary surfers at the Banzai Pipeline in Hawaii. The board theme recurs in the Wall of Disaster series, which feature masses of skateboards mounted to the wall in anarchic accumulations. Similar to their surfboard counterparts, they form a cacophony of logos and images. 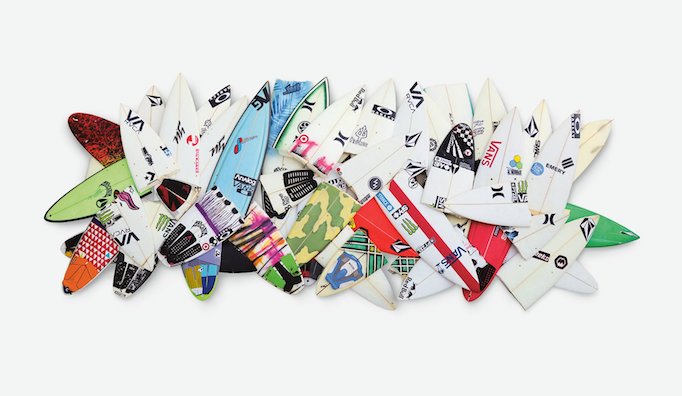 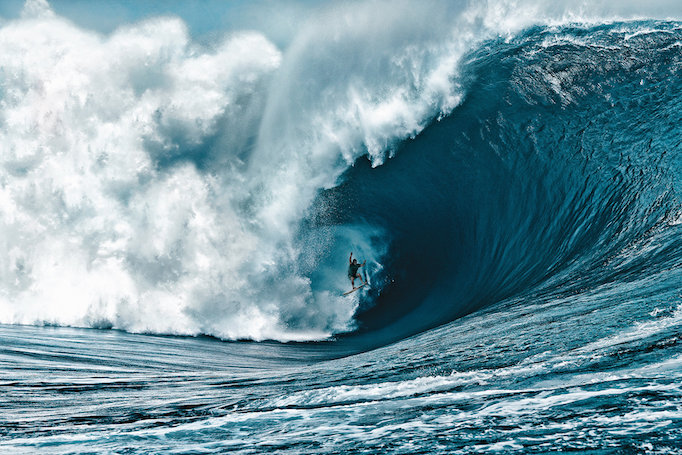 In other works, Fletcher uses the mineral-rich earth from the Waimea River, Hawaii for his Blood Water paintings. Created after the winter rains on the North Shore of Oahu, Fletcher paddled up the river with large pieces of untreated canvas on the nose of his surfboard, staining them in the red earth washed down from volcanoes. Laid out to dry, the canvases formed imagery reminiscent of ancient petroglyphs. Similarly, in his Connecting to the Earth paintings, Fletcher affixed objects found on the Hawaiian shores to the canvases that pay homage to native Hawaiian traditions. 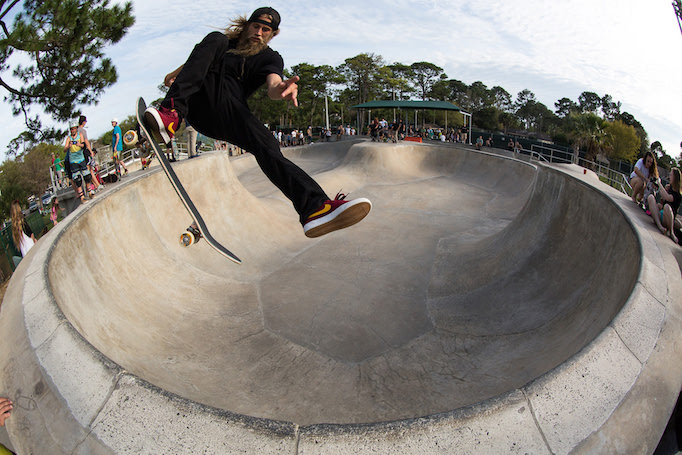 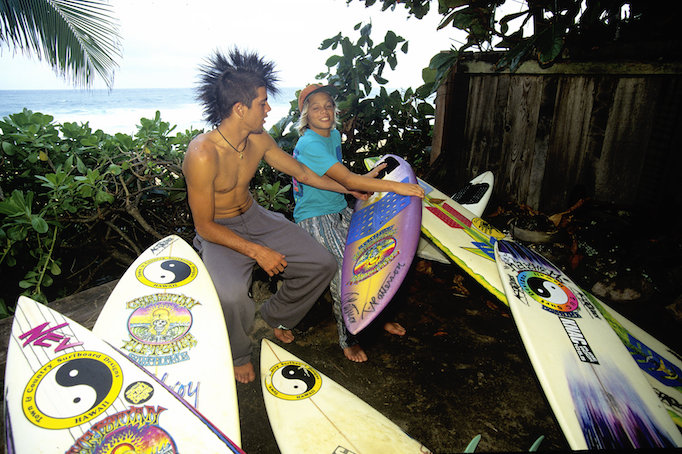 To commemorate the exhibition, the Gagosian Shop is selling T-shirts, limited-edition skate decks, surfboards, and other items linked to the Fletcher family, including a Gagosian/Fletcher designed T-shirt. The exhibition is on display through August 30, 2019 at Gagosian, 976 Madison Ave.