July 23, UPDATE: Canadian entrepreneur and investor Miles Nadal scooped up all 41 of the 41 lots, totaling 100 pairs shoes. Initially he passed on the Nike Moon Shoe, purchasing all the others for $850,000, but then grabbed the final pair for a record setting $437,500 – well above the pre-sale estimate of $160,000. The 61-year-old Nadal Nadal plans to display the entire collection at his private museum in Toronto.

Coming off the success of its skateboard auction earlier this year, 20 Years of Supreme, Sotheby’s has partnered with another hypebeast brand in the upcoming auction, Stadium Goods: The Ultimate Sneaker Collection Online.

Stadium Goods is recognized as the world’s premier marketplace for the coveted sneakers that have become valuable collector’s items. From genre-defining collaborations with the most famous athletes, artists, and musicians, the culture of sneaker style has exploded into a worldwide phenomenon, and this first of its kind auction will feature the rarest of the rare.

The highlights (and most expensive) of the auction are considered to be the self-lacing 2016 Nike Mag Back To The Future, estimated to go for $50,000-80,000. This once-fictional sneaker worn by Marty McFly in Back To the Future Part 2 is one of only 89 pairs that were produced. From the most sought-after collection in recent years, there is the Travis Scott x Air Jordan 4 Friends & Family Collection, estimated at $45,000-60,000, that features five rare pairs designed by the multi-platinum rapper. 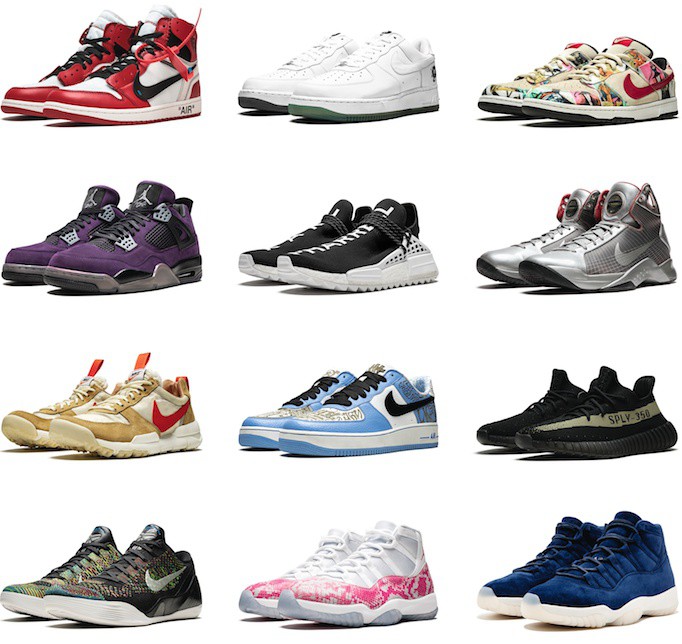 Also included are all 10 models of the much-hyped Nike The Ten collaboration with Virgil Abloh, which features the Air Jordan 1, Air Max 90, Hyperdunk, Air Presto, and Air Force 1, just to name a few. This lot is estimated at $22,000-28,000.

The crown jewel of the auction is undoubtedly the pair of handmade Nike Moon Shoes circa 1972, designed by Nike co-founder and Oregon University track coach Bill Bowermam, who famously used a waffle iron to mold its sole. Created for the 1972 Olympic Trials, this shoe is one of only 12 produced, and the only unworn pair known to exist. With a starting bid of $80,000, the estimate is $110,000 – 160,000!

Online bidding ends on July 23rd, but if you can’t buy, you can still look. All 41 pairs are now on view at Sotheby’s New York. 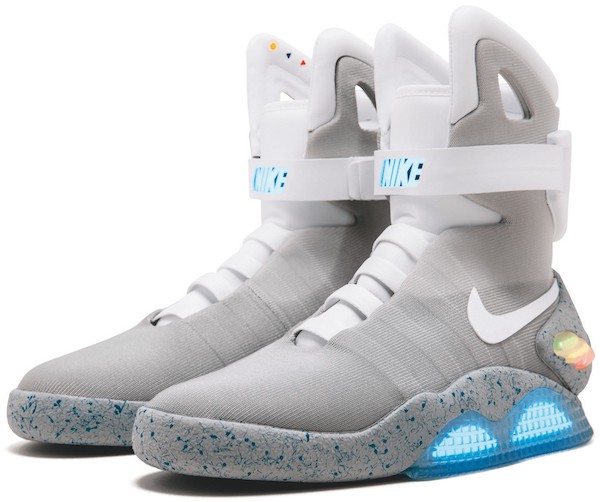