Daniel Arsham’s newest “relic”, Bronze Eroded Basketball, was released last week in a limited edition of 99. Arsham is one of the most prominent and influential contemporary artists, with a cult-like following whose new work garners a buzz similar to a hot sneaker drop — and from a similar demographic. Like all of this artist’s work, this cast bronze sculpture of a regulation size basketball sold out within minutes of its release. 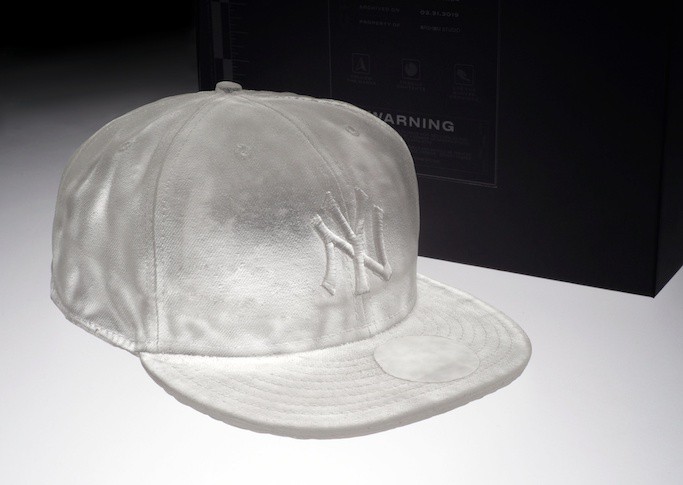 Arsham’s aesthetics revolve around a concept of fictional archaeology inspired by everyday objects, which he renders into fossilized and crystalized relics. Using iconic artifacts such as a telephone, boom box, or turntable, Arsham offers a view from the future of our current culture and its references.

Many of Arsham’s editions are sport inspired pieces such as Chicago Bulls jacket, football helmet, and basketball rack. Arsham uses geological material such as sand, selenite, or volcanic ash for these “Future Relics” as they are called, to give the illusion they have just been unearthed after being buried for ages. Though all of Arsham’s editons are sold out, Crystal Relic 001 Yankees Cap and Bronze Eroded Eroded are currently available for sale on GC/Editions, in addition to a collection of Arsham’s other works.