There may not be any live sports to watch, but there is still great sports television streaming and on demand. Both old (The White Shadow) and new series (Peyton’s Places), from comedies (Ballers) to documentaries (The Last Dance) to dramas (Friday Night Nights) and more, here’s our guide to the top 10 sport themed TV shows you should be watching now — even if you’re not a sports fan!

THE LAST DANCE (above)

Now airing on ESPN and Netflix is The Last Dance, the highly anticipated documentary about Michael Jordan and the six-time champion Chicago Bulls. The 10-part series takes an in-depth look at the Chicago Bulls’ dynasty through the lens of the final championship season in 1997-98 with over 500 hours of previously unseen footage, and unprecedented interviews with former team members and management then and now.

The series focuses on Jordan — his rise as a college player and evolution into NBA superstar — along with behind-the-scene stories of Scottie Pippen, Dennis Rodman, coach Phil Jackson, and other notable personalities that reveal the conflicts that ultimately led to the dynasty’s demise. The first four episodes of the 10 part series have already aired and are available on demand, on ESPN+ and Netflix, with two more new episodes airing this Sunday. 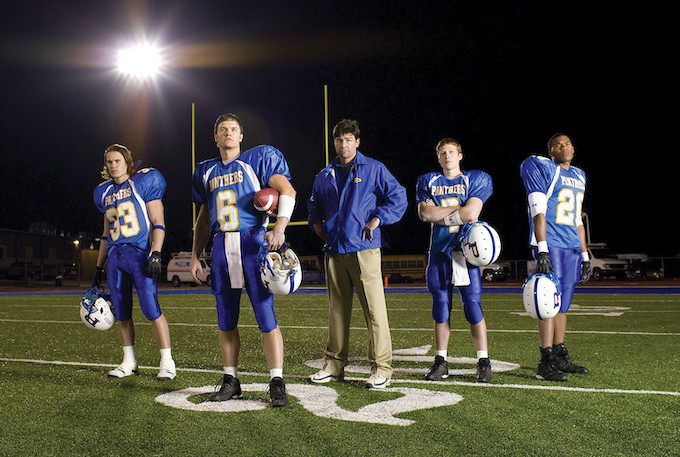 Inspired by the 1990 nonfiction book, which inspired the 2004 film, Friday Night Lights centers on the rural town of Dillon, Texas, and the culture of high school football where winning the state championship is prized above all else. The series features an ensemble cast led by Kyle Chandler and Connie Britton, as coach Eric Taylor and his wife Tami Taylor, and uses this small town backdrop to address many issues facing contemporary American culture, such as racism, drugs, abortion, and poverty.

Though the series never garnered a sizable audience, it was a critical success, lauded for its realistic portrayal of Middle America and deep exploration of its central characters. Each episode feels like a beautiful independent film. The show received numerous awards including a Peabody Award, a Humanitas Prize, and several technical Primetime Emmy Awards – along with nominations for Outstanding Drama Series, Outstanding Lead Actor, and Outstanding Lead Actress. Chandler won the Emmy in 2011. The series aired from 2006-2011 and all 5 seasons are available on major streaming services like Netflix, Amazon Prime, Hulu, and more. Dwayne “The Rock” Johnson stars in the HBO half-hour comedy series Ballers as retired football superstar, Spencer Strasmore, reinventing himself off the field as a financial advisor with the luxe lifestyle of Miami as the backdrop. Taking on young phenoms and veteran superstars alike, Strasmore’s role in his clients’ lives far exceeds money management as he struggles to help them navigate the many pitfalls that come hand-in-hand with life in the spotlight. All five seasons are now airing on HBO NOW. As part of its 30th anniversary celebration, ESPN looked back at some of the most memorable athletes, teams, and events that transformed the sports landscape from 1979 to 2009. The documentary series 30 for 30 features films from some of Hollywood’s finest directors and producers such as Barry Levinson, John Singleton, Spike Jonze, and Albert Maysles, among others. Some of the stories told include the shocking trade of Wayne Gretzky to Los Angeles in 1988; Reggie Miller’s rivalry with the New York Knicks; the death of Len Bias in 1986; profile of “You Don’t Know Bo” Jackson; and track superstar Marion Jones’ conviction and jail sentence for banned substance abuse. The first volume of 30 shorts premiered in October 2009, and the popularity of the Emmy-nominated and Peabody award-winning series inspired ESPN to continue the series in October 2012. The entire archive of 30 for 30 is available on ESPN+. The White Shadow, a drama series about a white former professional basketball player who becomes the head basketball coach at a mostly black and Hispanic inner city high school in South Central Los Angeles, aired on CBS from 1978 to 1981. Ken Howard stars as coach Ken Reeves, and long before Friday Night Lights, the series featured stories that tackled issues like drugs, teen pregnancy, domestic violence, and sexual orientation among high school students. The series broke new ground as the first television ensemble drama to feature a mostly African American cast. Four decades later, it still resonates and shows that the groundbreaking drama is as relevant today as ever. The White Shadow is now streaming on Hulu. 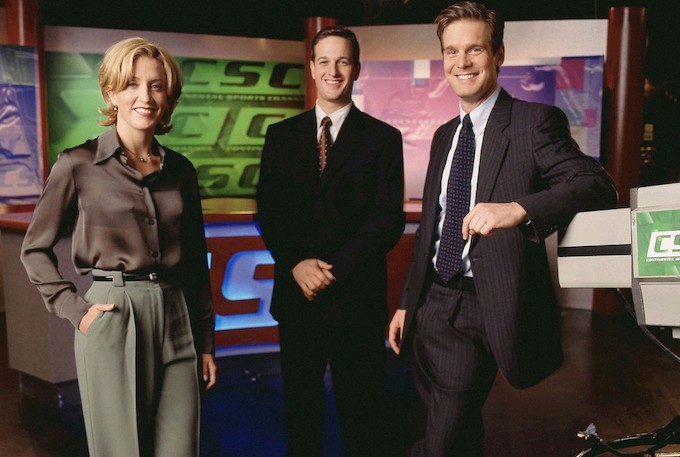 Sports Night is a half-hour comedy-drama series that aired on ABC for two seasons from 1998 to 2000. Created by Aaron Sorkin (The West Wing, The Newsroom), it was his first television series and introduced audiences to the rapid-fire dialogue and “Walk and Talk” technique for which he has become known. Similar to The Newsroom, Sports Night sets its action within the production of a television show, a nightly sport highlights broadcast modeled on ESPN’s SportsCenter. Semi-fictional hosts Dan Rydell and Casey McCall, loosely based on Keith Olbermann and Dan Patrick, are played by Josh Charles and Peter Krause. Producer Dana Whitaker, played by Felicity Huffman, is the on-again, off-again love interest. Sports Night is available on Amazon Prime and other major streaming platforms. Ken Burns documentary series Baseball debuted in 1994 during the Major League baseball strike, and now with season on hold again, PBS has made the series available to stream for free. Taking its format inspiration from the game, the nine-part series is divided into nine “innings” – nine episodes spanning from the 1850’s to the early 1990’s. A more recent extra episode, The Tenth Inning, is available on Amazon Prime. Tracing the origins of the game through to the present day, Baseball celebrates the sport’s legendary and colorful characters, analyzes its scandals and controversies, and features its expansion into television and big business. Baseball is an engaging and definitive account of America’s pastime told as only Ken Burns can. It’s Friday Night Lights meets Beverly Hills 90210 in the series, All American, inspired by the life of former NFL player Spencer Paysinger. The drama follows the story of Spencer James, a young black football player from the Crenshaw area of Los Angeles, who gets recruited to join the Beverly Hills High School team and finds himself caught between two opposite worlds. The show features a cast of good-looking young actors, along with veteran stars like Taye Diggs who plays the coach. All American premiered on The CW Network in 2018 and was one of the least watched shows, but in the midst of this quarantine became No. 1 on Netflix. With a racially charged storyline, the series is especially timely right now in light of the protests of the killing of George Floyd and the Black Lives Matters movements. 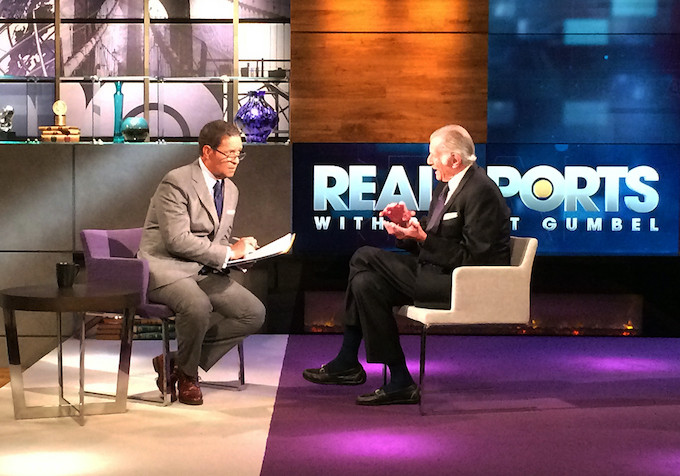 Recent episodes include: Risky Business about elite climbers like Alex Honnold that have attracted millions of eyeballs to the sport, and the increased attention that has caused extreme climbers to push the limits further; Fukushima Nuclear Meltdown: Fallout, Japan’s efforts to decontaminate and repopulate the areas affected by the Fukushima nuclear power plant explosion ahead of the 2020 Olympics; Amy Van Dyken Update where Olympic swimmer Amy Van Dyken shares how Adaptive CrossFit helped her regain her the confidence and the strength she once thought impossible in a wheelchair — five years after a spinal cord injury from an ATV accident left her paralyzed from the waist down. 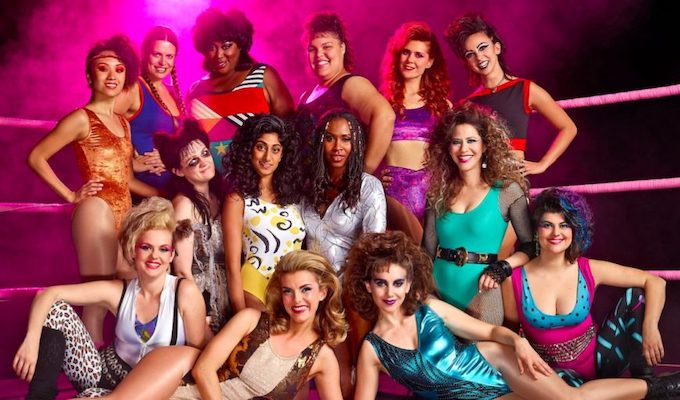 GLOW revolves around a fictional cast of characters from the 1980’s syndicated women’s professional wrestling circuit, the Gorgeous Ladies of Wrestling (or GLOW). Alison Brie stars as Ruth Wilder, an out-of-work actress living in Los Angeles who finds an unexpected chance at stardom — along with 12 other Hollywood misfits– in the glitter and spandex-laden world of women’s wrestling. Created by the team behind Orange Is the New Black, GLOW emerged as a critically praised series right out of the gate, and the show has earned 15 Emmy nominations and three wins, along with a Screen Actors Guild Award and two Art Directors Guild Awards. On the other end of the glam spectrum is Betty, the newest entry into the sports themed TV category which debuted Friday Night on HBO. The show is about a diverse group of female skateboarders navigating their lives through the male-dominated culture of skateboarding in New York City. The six-part series is a reboot of Crystal Moselle’s 2018 film Skate Kitchen, and stars Dede Lovelace, Moonbear, Nina Moran, Ajani Russell, and Rachelle Vinberg — members of the real NYC-based skate collective, The Skate Kitchen, on which the film was based. With an 11pm time slot, this is not primetime TV, but if you’re a skateboard fan and love NYC — it’s gritty streets and skateparks are the backdrop — you’ll enjoy the show! 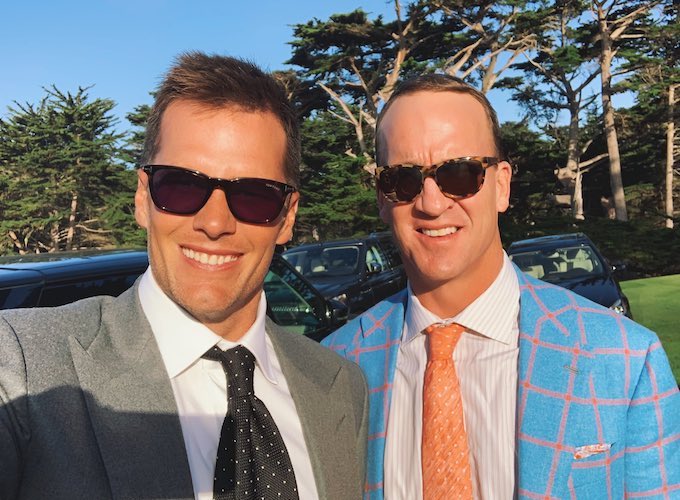 Hall of Fame quarterback Peyton Manning shows off his comedy chops as the deadpan but goofball host of Peyton’s Places. The ESPN+ original weekly series produced by NFL Films is part of the year-long celebration of the National Football League’s 100th season. Peyton’s Places offers a fun and insightful tour of 100 years of football, and Manning presents the league’s history as a buddy comedy, crisscrossing the country and highlighting the memorable events, teams, and players of the last century — including some of the NFL’s other most iconic quarterbacks like Tom Brady, Joe Montana, Brett Favre, Joe Namath, and Dan Marino. Even if you’re not a football fan you’ll delight in episodes like Da Bears with Manning as one of the mustached Chicago Bears and Mike Ditka loving Superfans made famous in the popular SNL skit. All 30 episodes are now streaming on ESPN+ platforms. CLICK TO CHECK OUT OUR FAVORITE SPORT MOVIES TOO!