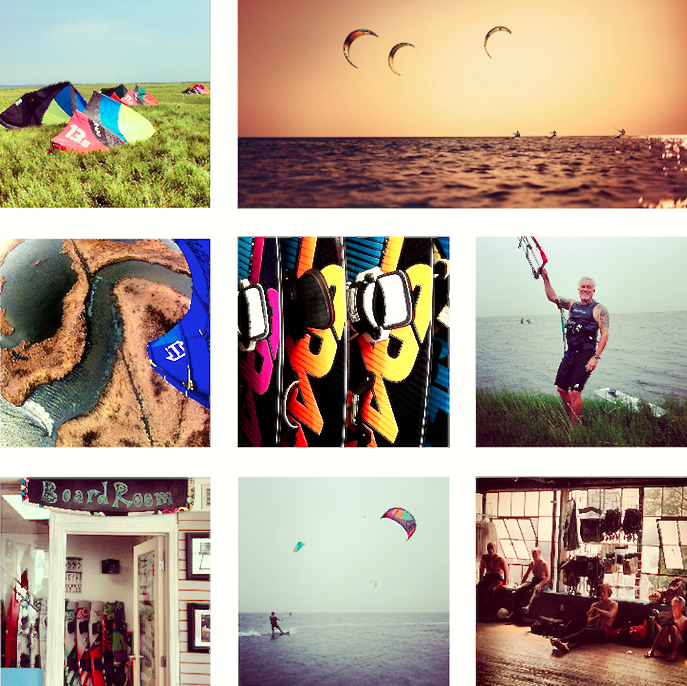 SCENES FROM THE GREAT SOUTH BAY: KITES ON THE MARSHY ISLANDS; SUNSET KITING; THE LANDSCAPE BELOW FROM THE KITECAM; KITEBOARDS; A VERY COOL LOCAL RIDER!

The NY Kite Center is ideally situated on the Great South Bay in Amityville, NY. Miles of flat shallow water surrounded by marsh islands create smooth sailing conditions, kiteable from any wind direction… perfect for learning. The school, now in its sixth season, is run by its founder, John Pereira, who has seen a rapid growth in the sport over the last few years, particularly among ages 40-60. To go from being a beginner, to expert enough to ride out and return to where you launched, without a jetski rescue down the bay or long walk back up the beach, requires money and time. This probably explains its popularity among the older set. Good to know I have an alternative to golf in my older age!

So with everyone bemoaning summer’s impending end, it could be time to pick up this new sport. The school operates into November, wind conditions are ideal in the fall, and the water is beautiful. The Caribbean also boasts some of the best kiteboarding locations in the world. So for those island bound over the holidays, or looking to keep that summer vibe going, go fly a kite!