Breathe In, Cash Out Breathe In, Cash Out is the debut novel by 27-year-old Madeleine Henry that offers an inside and satirical look at both the finance and yoga industry. The book tells the first-person story of a young Wall Street banking analyst, Allegra Cobb, who plans to quit her job as soon she gets her year-end bonus to pursue her real dream of becoming a full-time yoga guru.

What may seem like pursuits at the opposite end of the spectrum – yoga and banking – start to narrow when Allegra meets famed Instagram yogi, Skylar Smith, whose manipulative actions jeopardize whether Allegra will even get that bonus. Both industries get skewered, coming off equally self-absorbed and self-serving.

Ivy league grad and analyst at a top-tier bank – author Madeleine Henry’s career path has not been so different from that of her leading character. She herself went to Yale, and after to Goldman Sachs. Unlike Allegra however, her passion for yoga started after she left banking. As one can see Madeleine is a serious yogi, and with her own impressive Instagram following (@madeleinehenryyoga).

Inspired by the poses Skylar suggests Allegra do at the office, we caught up with Madeleine at the corner of 52nd and Park Ave, an appropriately corporate setting, to show off a few of her yoga moves and chat more about the book… 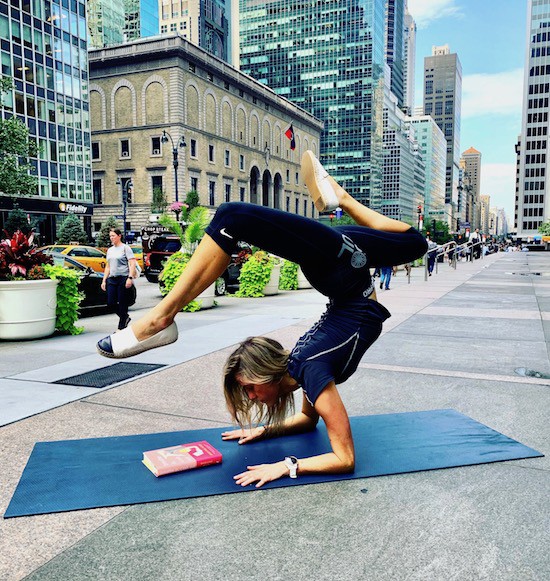 STYLE OF SPORT: I always love to hear an author describe what their book is about. So Madeleine, what is Breathe In, Cash Out about?

MADELEINE HENRY: The book is about an investment banker who wants to be a yogi, which at its core is about someone who wants to leave the rat race and follow her dreams. At the same time you get an insider view into Wall Street. So a good sound bite would be The Devil Wears Prada meets Wall Street.

SOS: How closely is the main character, Allegra, modeled after you?

MH: She was inspired by experiences my friends and I have had in finance, but the significant difference is I didn’t try to balance out yoga and banking at the same time. It wasn’t until I left banking that I really got into yoga.

SOS: And how did the book happen?

MH: After I left Goldman Sachs, I went into investment management at a family office. While I was working there I started practicing yoga and got back into writing. (Madeleine wrote for The Yale Record, America’s oldest college humor magazine). I realized the two areas of my life where I had the most experience, finance and yoga, were at odds. I thought putting a yogi in an investment bank was impossible and ridiculous, and I decided to explore that in a book. I started my yoga Instagram around that time as well. 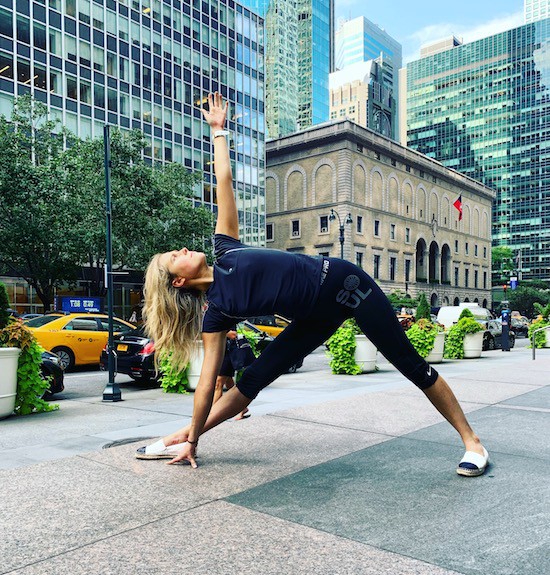 SOS: The yoga stars of Instagram are something you spoof in the book, along with the both the banking and yoga industry. There was a book that came out a couple of years ago called Fitness Junkie that made fun of the whole boutique fitness market, of which yoga has become a big part. Talk to me a little bit about yoga today, and why it’s so easy to make fun of it.

MH: To an extent yoga in New York City is a luxury hobby. It’s part of a premium lifestyle. Classes are expensive and there’s a lot of gear. It’s usually promoted by very beautiful women on Instagram. All of that is so distant from what yoga is supposed to be about. Yoga is free and yoga is all about humility. So for it to be this industry that relies on appearances and money is so funny to me.

SOS: I hear you have another book coming out next year. Tell us about that…

MH: It’s a love story. It’s about a couple that finds true love, but they break up. It’s the love connection that endures when they’re no longer together over the course of a lifetime. It’s about relationships that affect you even when that person is no longer in your life.

SOS: This is a very profound for someone so young to author. How old are you?

SOS: Wow… you’ve lived a lot of life in a short amount of time! 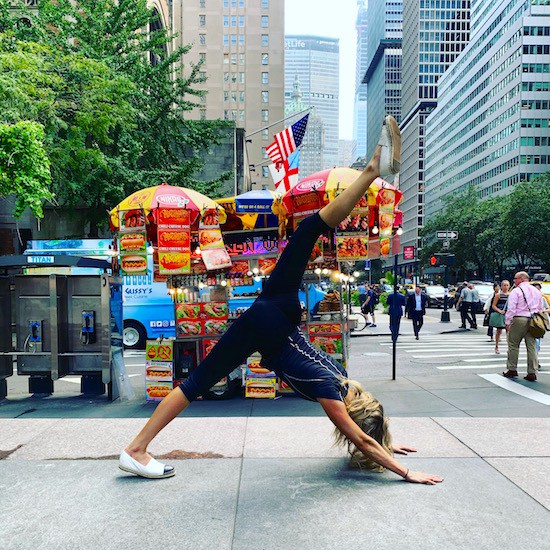