Climber Alex Honnold scaled new heights last night at the 91st Academy Awards as the film about his death-defying climb of El Capitan, Free Solo, took home the Oscar for Best Documentary. Honnold accepted the award with film makers Chai Vasarhelyi and Jimmy Chin, appropriately attired in a tuxedo custom made for him by his sponsors at The North Face.

The premium lifestyle collection of The North Face, Black Series is inspired by urban exploration and balances utility, modernity and hyper minimalism with the iconic brand’s heritage. Now if we could just see him climb El Capitan in that tuxedo! 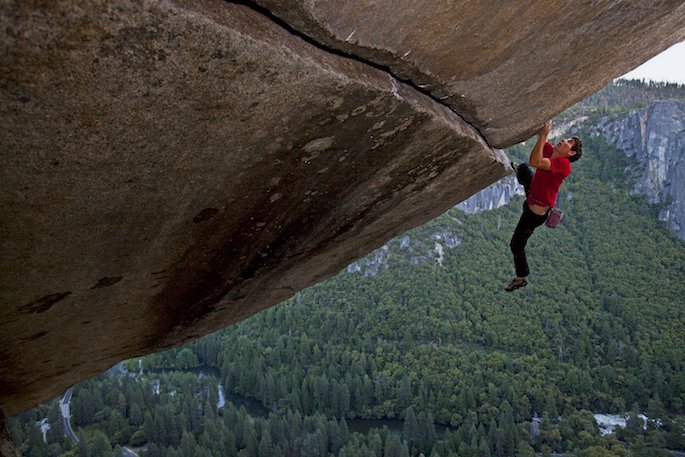 Free Solo documents Honnold’s ascent of the freerider route of Yosemite’s El Capitan without the use of ropes or any other protective climbing gear. With no margin for error, and where a fall equals death, the film is an edge of your seat thriller from start to finish. For more about the Free Solo, read here: Rockstars.