With the Super Bowl kicking off this Sunday we bring you this collection of the 10 Best Football Movies ever. Featuring some of Hollywood’s biggest stars like Tom Cruise, Sandra Bullock, Warren Beatty, Al Pacino, Denzel Washington, and Burt Reynolds — even people who who don’t like football will love these football flicks!

Friday Night Lights (above) is the story of the Permian Panthers, a high-school football team in Texas, and their coach who strives to propel them to greatness through economic, racial, and emotional hardships. With Billy Bob Thornton as the coach, Tim McGraw as an abusive alcoholic father, and Derek Luke as the star running back whose season takes a heartbreaking turn — the film features epic performances that dramatize the single minded focus of a town on its high school football team and the toll it takes on its players. 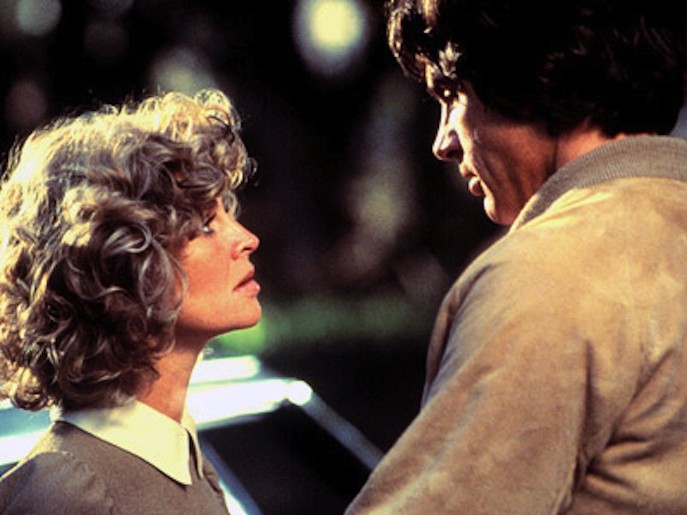 In Heaven Can Wait, Warren Beatty stars as a Los Angeles Rams quarterback, accidentally taken from his body by an over-anxious angel before he is supposed to die. He comes back to life in the body of a recently-murdered millionaire and buys the team in order to quarterback them into the Superbowl. The movie is also a love story that stars the ever enchanting Julie Christie as the object of affection. Directed by Cameron Crowe, Tom Cruise stars in Jerry Maguire, as a slick sports agent at the top of his game who snaps under the pressure. The love of a single mom, played by Renee Zelwigger, and her son inspires personal and professional redemption. The movie features some of the most quoted lines in movie history such as “Show me the money!” and “You complete me” — and also the Oscar-winning performance of Cuba Gooding Jr. Originally an ABC Movie Of The Week, Emmy Award winning Brian’s Song is the true story of Brian Piccolo and Gale Sayers, Chicago Bears teammates played by James Caan and Billy Dee Williams. They became the first interracial roommates on the team and unlikely friends. When Piccolo is stricken with terminal cancer, it is the love and support of Sayers that helps him through the difficult struggle. Brians Song is still acknowledged as one of the movies that reduces grown men to tears. Another true story and tearjerker, Rudy dramatizes the life of Daniel “Rudy” Ruettiger, who dreams of playing football at the University of Notre Dame. What he lacks in talent and physical stature, he makes up for in drive and heart, and earns a spot on the practice squad. When the coach grants his request to suit up for the final home game, with chants from the crowd and his teammates, he is finally put in the game for the last kickoff of the season. 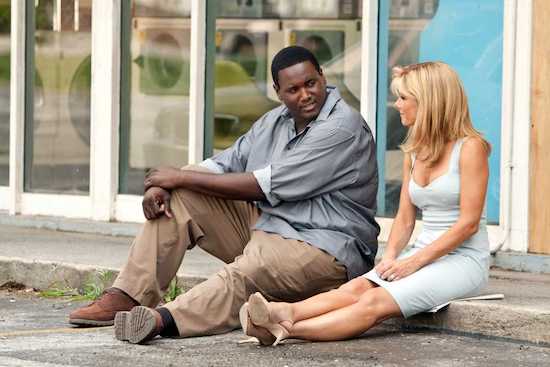 The Blind Side is the true story of Michael Oher, a homeless and traumatized boy who became an All American football player and first round NFL draft pick with the help of a formidable woman and her loving family. The film stars Sandra Bullock in her Oscar winning performance as Leigh Anne Tuohy, who with her husband, played by Tim McGraw (in a much warmer role than Friday Night Lights), take him in and they eventually become Michael’s legal guardians. Michael’s tremendous size and protective instincts make him a formidable force on the gridiron, but its Leigh Anne’s guidance on and off the field that help him qualify for an NCAA Division I athletic scholarship. 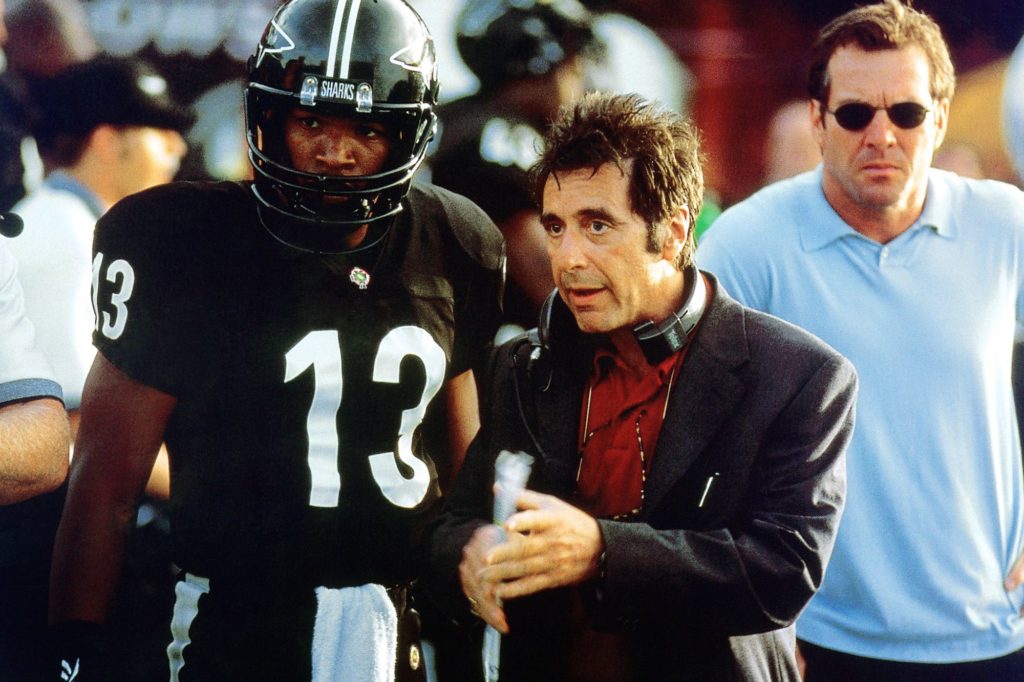 Directed by Oliver Stone, Any Given Sunday features an all-star ensemble that includes Al Pacino as the coach of the fictional Miami Sharks, Dennis Quaid as the aging quarterback, Jamie Foxx as the backup, and Cameron Diaz as the upstart president of the team — along with James Woods, LL Cool J, Ann-Margret, Charlton Heston, Aaron Eckhart and even football legend, Lawrence Taylor. As the team struggles with consecutive losses and sliding attendance, the embattled Sharks coach is at odds with its rebellious young owner on how to turn it around — and the injured veteran quarterback is forced to hand the ball to a flashy, bull-headed backup. It’s a battle of old vs.new, young vs. old. Action-packed with cinematography that puts you on the field, you feel every hit, experience the chaos of the game, and see why anything can happen on any given Sunday. 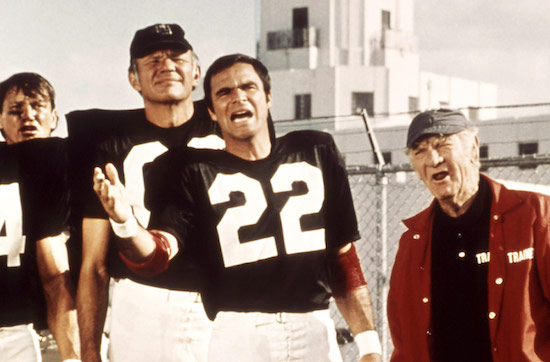 The world lost Burt Reynolds last year, but he lives on this football classic. The Longest Yard is sports comedy about a bunch of prison inmates forced by a sadistic warden (Eddie Albert) to play the guards in a brutal jail yard game. Reynolds plays a former pro quarterback now serving time, who organizes a team of the most violent offenders. While the warden tries to blackmail him into throwing the game, the inmates have their own plan to this as an opportunity to repay some of the brutality they have endured. The film was remade in 2005 starring Adam Sandler, but stick to the original! 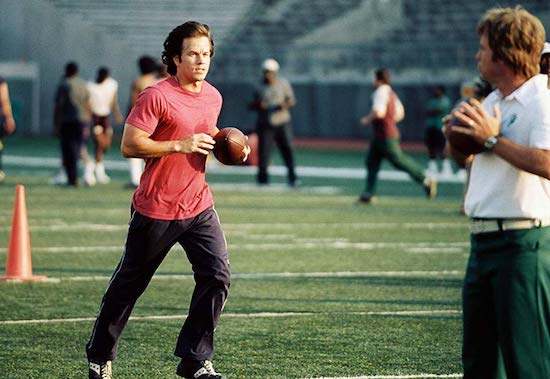 Invincible is the inspiring true story of Vince Papale, an ordinary guy who in 1976 got a dream-come-true shot at becoming a pro football player. Like his beloved hometown team, the Philadelphia Eagles, the beleaguered Vince played by Mark Walhberg is having a rough go of it. The new head coach Dick Vermeil (Greg Kinnear) calls an unprecedented open tryout, and with sheer grit and fortitude this 30-year-old bartender makes the cut. Invincible leaves you cheering for this scrappy underdog who helps his team, city, and himself rediscover their winning spirit. 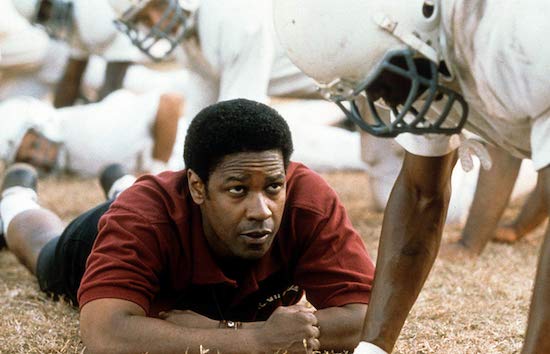 Based on a true story, Denzel Washington stars as the coach of a venerated Virginia high school football team in 1971, the first season the local school board was forced to integrate an all black school with an all white school. Amidst racial tensions that divide the community, players and coaches must rise above racial prejudice to unite as a team for the Titans go undefeated and win the Virginia AAA state championship. The film also features a young Hayden Panettiere and Ryan Gosling!