Today Nike unveiled 14 soccer kits that will take to the field this summer when the 2019 FIFA Women’s World Cup kicks off in France. While the fans will be focusing on the style of the kits, the players will paying more attention to the fit on which Nike has working since the last Women’s World Cup. For the first time, these women’s soccer kits were made specifically for them, and are not simply scaled down versions of the men’s team kits.

Nike’s design team worked with team players from a variety of countries to find out firsthand what they were looking for in terms of fit. The players’ precise 4D measurements were captured in the Nike Sports Research Lab, including heat-mapping the areas of their bodies more prone to perspiration to ensure proper ventilation zones. While male soccer players like a slimmer fit, the women were more interested in comfort. They found a V-neck was preferable — not too deep, but with room to pull over a ponytail — and that sleeves needn’t be overly short to be considered feminine. Shorts shouln’t be baggy, but still accommodate those powerful soccer legs. 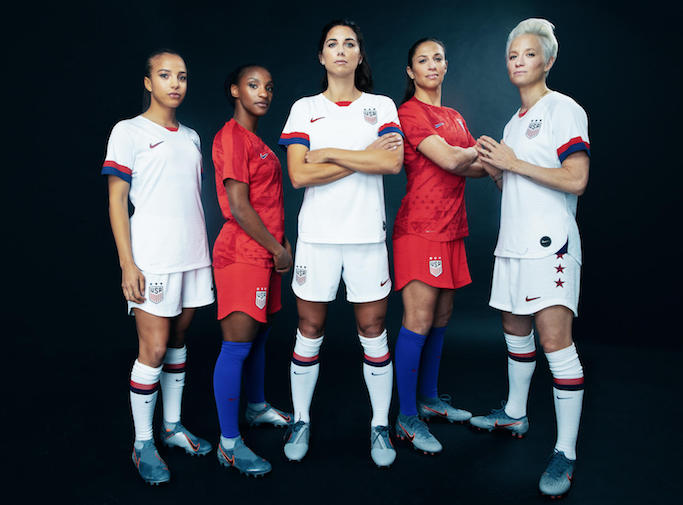 Reigning champions, Team USA’s uniform pays homage to their compatriots — the 1999 Women’s World Cup and greats like Brandi Chastain, Mia Hamm, and Julie Foudy. The jersey is punctuated with three stars above the crest — honoring world titles from 1991, 1999 and 2015 — and this theme follows on the shorts. The back panel of the home shirt features a tonal gray print formed by the names of each of the 50 states. As has been the case since 2010, all of Nike’s football kits are made from recycled water bottles.

The FIFA Women’s World Cup France 2019 will take place from June 7 to July 7. Let’s hope these home team whites bring home team luck, and on the 2oth anniversary of Team USA unforgettable win we see repeat World Cup Champions – something that even great 1999 team was unable to do. 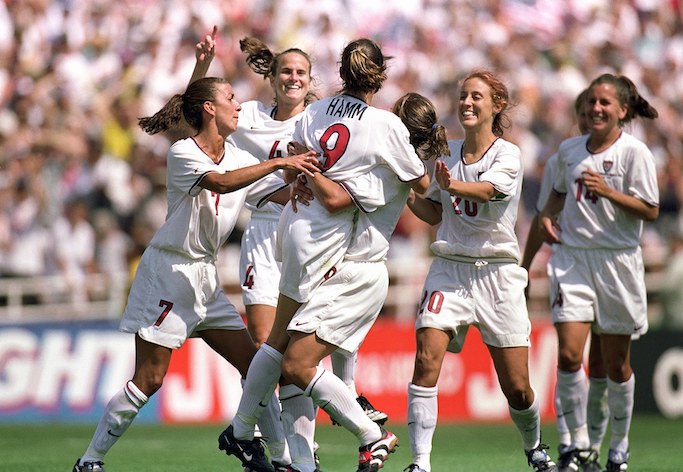