Production designer Stefan Beckman is highly sought-after by the world’s most prominent fashion brands, creating the sets and stages for such designers as Louis Vuitton, Tom Ford, Marc Jacobs, Coach, Tommy Hilfiger, and Bottega Veneta – just to name a few. Of note as well are his installations for adidas at Hypefest and ComplexCon — in addition to his editorial work for such publications as Vogue Italia, W, Love, and Interview.

Stefan’s latest project is one of his own creation, a home design line called Lateral Objects, which he has launched just in time for summer with a line of vibrant and sporty beach towels. It is just the first product in a series of home objects soon to come that will include beach umbrellas, glassware, trays, candles, matches, games, and more.

We caught up with Stefan to find out about his inspiration for Lateral Objects, as well as the hot summer pop-up he has curated, Heatwave, now open at Barney’s.

STYLE OF SPORT: How did Lateral Objects come to be?

STEFAN BECKMAN: I’ve always loved home design — furniture and accessories. I used to have a store in Soho called Property, and it just seemed like a natural thing for me to do. I love to challenge myself, and a lot of times I’ll take on projects I’ve never done. Maybe it works, maybe it doesn’t, but at least I’ve tried. I think the idea for the line is similar. It’s a broad category. I plan to do furniture and accessories, but if there is something interesting and inspiring to me, I can just do it.

SOS: Why did you want to start with towels?

SB: The towels were a logical starting place for me. It worked with the timing of the year and seemed like a perfect introduction to launch the line. The towels also lend themselves to packaging ideas — and not something disposable. How do you carry the towels? These come in dive-inspired mesh bags which can hold your sunscreen, and a maybe a book for the beach. 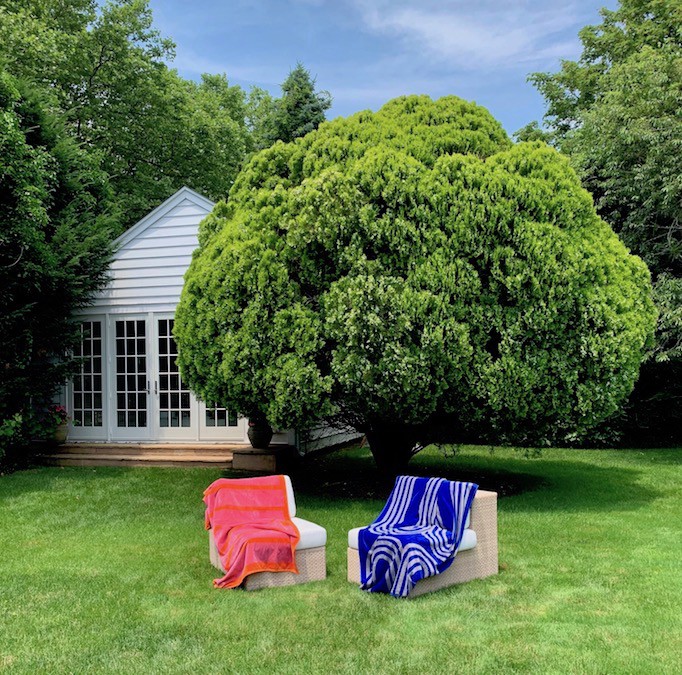 SOS: The towels are so colorful and graphic. What has been your inspiration?

SB: I love 70s Supergraphics – and the pop colors of California art of the 60’s. That’s been the spirit. Not everything will be like that, but for summer I went with this idea because who wants a sad beach towel? And I wasn’t seeing a lot out there that was similar to this.

SOS: Tell us about the name of the line, Lateral Objects.

SB: The name was a challenge. I didn’t want to call it Stefan Beckman Home. A lot of people thought I should because there would be that name recognition right away. I liked the word “lateral” – meaning a side project from what I do, but in conjunction. So it grew out of that.

SOS: And its perfect for towels! Tell us a little bit about the Heatwave pop-up collaboration with Barneys.

SB: I showed them the towels and they were excited to carry them. The creative director suggested a pop-up, but I didn’t want to just feature my towels. There aren’t that many, and I wanted to tell a bigger story. I wanted it to look more exhibition-like. We came up with the idea of Heatwave, and summer supplies curated by Lateral Objects. I think that how people shop. So from suntan lotion to fashion to home goods like candles, books, and gifts — everything has a great summer spirit about it.

SOS: And it all looks great with the towels! Thanks Stefan, and we can’t wait to see what’s next! 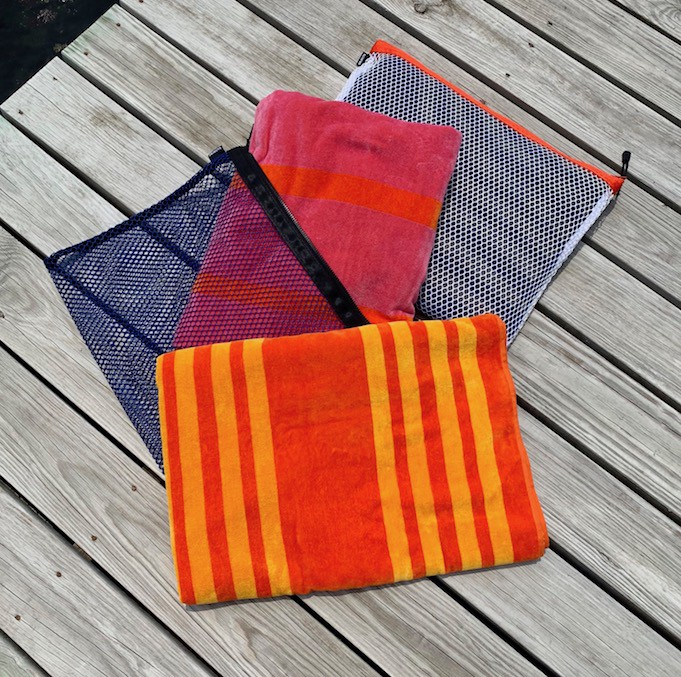